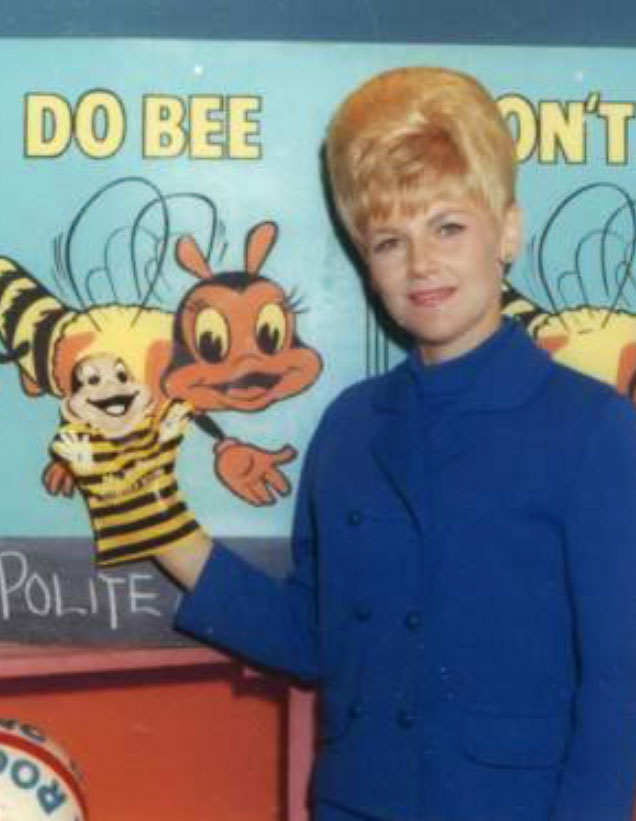 The Communication Institute, housed in the College of Humanities’ Department of Communication at the University of Utah, received a generous donation of $1 million – the largest in the history of the department – from alumna Edna Anderson-Taylor (class of 1959) and her husband, Jerry Taylor, to secure the institute’s long-term impact and success. Now celebrating its 25th anniversary, the institute will be renamed in tribute to her legacy.

Known as “Miss Julie” to Utah children growing up in the 60’s and 70’s, Anderson-Taylor hosted the nationally franchised show “Romper Room” at KSL-TV from 1964-1981. Each morning, she would film with six local children to play games, read stories, sing songs and repeat the magical phrase, “Romper bomper stomper boo, tell me, tell me, tell me do, Magic Mirror, please tell me today, did all my friends have fun at play?” before reading a few lucky children’s’ names on-air. After ending her 17-year run on “Romper Room,” she moved over to the advertising department at KSL and later became a community advocate and philanthropist.

“Enda was not only a trailblazer in broadcasting during a time when very few women had such opportunities, but she has gone on to pave the way for others to follow as a deeply generous supporter of the U,” said Stuart Culver, dean of the College of Humanities. “Between her significant endowed scholarship in communication that has supported so many underserved students to this remarkable gift to endow the Communication Institute in perpetuity, her impact on the community is profound.”